Move and explore in freedom!

Taormina’s position offers a unique spectacle in the world for varieties and contrasts: it is suspended on a hill 200 m above the crystal clear sea, the background is dominated by the majesty of the Etna volcano and in the sea there is the so-called “pearl of the Mediterranean”: Isola Bella. The sea can be reached by the historic center also via the panoramic cable car in just a few minutes.
Taormina has always inspired artists and writers not only for its natural beauty, but also for the culture and history that is felt in the alleys of the city, between medieval and baroque palaces, and amongst the remains of the most ancient domination. Among these stands the Ancient Theatre, which has as its background the extraordinary panorama of the Ionian coast and still hosts various shows and concerts.
Various excursions are organized with a guide to the discovery of the city’s secrets, even in combination with other destinations such as Castelmola, Etna or Alcantara gorges and tastings of local products.
Taormina is easily reachable by buses departing from the station every hour or by car (which you can also conveniently rent at the campsite) by highway or freeway.
For further information, contact us! 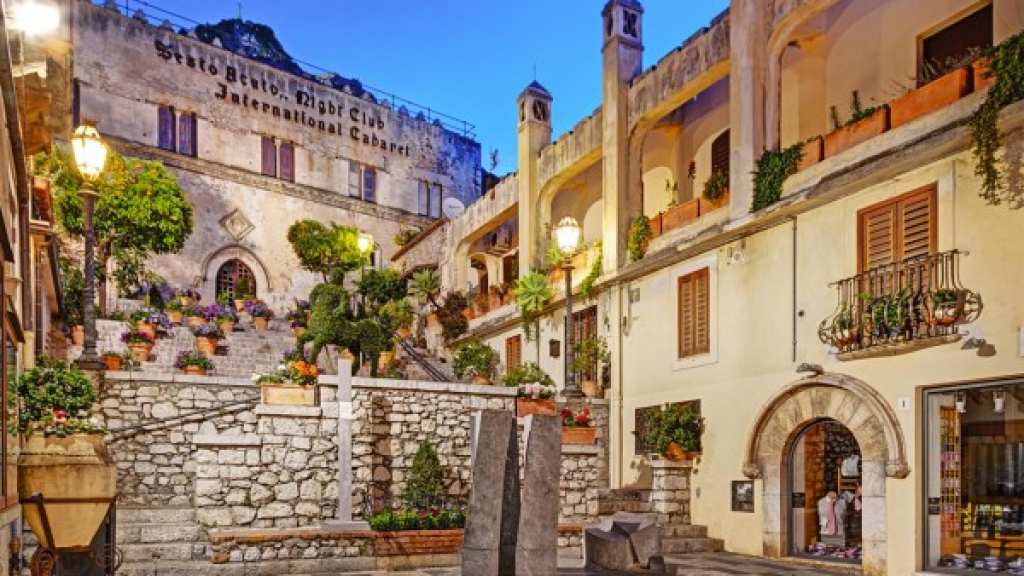